„Museum Kunstpalast on the brink of an desaster“. Those were the headlines in the spring of last year. The museum, rich in tradition, in the capital of german state northrine-westfalia had to announce its temporary shutdown as an arts museum. The reason: the sponsor for many years, EON, one of the largest energy-companies ended ist cultural engagement for the house. Until the end of 2017, which means this year, the trust wants to withdraw from ist financing of the museum kunstpalast – „amongst other things“- as it was announced in the notification somewhat bashful, because of the move of the companys headquarter to Essen.

The other reasons you can imagine: the energy giant looks groggy, the yield had decreased. After 18 years the financing of the museum was cancelled. For this financing.project the company had secured the assurance of the city, to build its headquarter on common ground opposite the museum in direct visibility. Only in the spring of this year the state capital of düsseldorf could finally manage to take over the operation costs of the museum in the future.

The Düsseldorf case is the spectacular end of what, in terms of cultural policy, is called „public private partnership“. It is defined as a contractual regulated cooperation between public hand and private business in a special purpose entity. The goal is the job-sharing, in which the private partner takes over the responsibility for the efficient building of the performance, while the public hand takes care, that public welfare purposes are taken into consideration. The public hand expects from this partnership with private businesses the exoneration of the strained public budgets, because the private company takes over the financing himself totally or partly and can take better care of the profitability of the project.

In Europe the hopes for this model untiel now got more or less disappointed. But the example of the Venkatappa-Art-Gallery in bangalore in India shows, that the attraction is still present and that this idea is not a european speciality. We want to talk about that today. The euphemistic word, which one has found in the capital of the confederation Karnataka in the southwest of the subcontinent, a city which has 8,5 millions of inhabitants, for the entrusting of a stately, societal core issue into private hands does not read „partnership“ but, so to speak, compassion longing, „adoption“. Because this was the objective of a plan, which a economic group, called „Tourism Vision Group“ had devised. Private corporations should „adopt“ cultural institutions“.

This Tourism-Task-Force in the year 2014 singled out 46 Institutions, which it would give off for „Adoption“. The special clou of the whole undertaking, which was advertised under the slogan „Adopt a Tourist Destination“: It was not so much about the improvement of the cultural institution as such. The objective was the implementation of a new tourism-strategy or model for the state, which should fulfil international standards. The selected cultural institutions in this strategy in this strategy only were thought as ankerpoints of a tourism-marketing offensive of a regional government.

Without even talking with the local art-community with a man called Abbishek Poddar, the operator, or owner, of a private museum and self declared non-profit-foundation called „Tasveer“ in the year 2015 was signed a „Memorandum of Understanding“, what the local Venkatappa-Galerie remodeled to such a institution „to adopt“. The operator in spe should have to large extent his hands free in the way he wanted to operate the house in the future.

Venkatappa-Art Galery is not just any cultural institution. But it is a museum, which was installed after a decision of the government in the year 1965. At that time the authorities searched for a museum, which could assemble the works and posthumous works of K. Venkatappa, one of the most famous artists of Karnataka, a scholar of Schüler Abanindranath Tagores, who lived from 1886-1965. The building near Cubbon park, directly located beneath the Bangalore Museum, was inaugurated 1975, not completey built out. But it developed, though the government neglected it financially and materially, into one of the most important meeting-points and exhibition halls of the local and regional art-scene but also for festivals and events beyond the region.

No wonder therefrore, that resistance against this sale-out of the cultural heritage arised. In March 2016, nearly exactly one year before, in bangalore formed itself the „Venkatappa Art Gallery Forum“, an association of artists, who protested against this kind of taking over. On March 7th 2016 the forum for the first time appeared in public with the common action „Occupy Venkatappa Art Gallery“. Sinde then a battle for the withdrawal of this ominous „Memorandums of Understanding“ kept on. Today it looks, as if the artists would have won the fight. 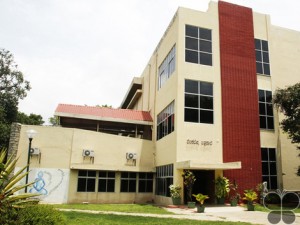 In Berlin, also in germany in general, the danger of an adoption of a public museum by private owners for the objective of the promotion of tourism is not threatening right now. In the contrary: In the coalition-contract the new red-red-green government of the city speaks of free entrance for museums and of a public task. An with the formula, that „art is not a mea nto and end, as new cultural senator Klaus Lederer defined it recently, the government refused all ideas to instumentalise culture and arts for socialpaedagogic purposes as well as for cultural marketing.

Nevertheless the artists of this city have an experience with attempts, to rope culture in for a factor of urban development. Let me remind you the battle about the „Kunsthalle“, which the former mayor Klaus Wowereit wanted to build in Berlins Humboldthafen. And the question, which place value culture has in a city like that, played also a role in the discussions about the so called city tax, which we have now in berlin.

Just therefore the example of Bangalore and Venkatappa is very intersting for us in berlin. Not only because of the admirable example of resistance in terms of cultural policy in a country, where the financial underlying conditions for arts and culture are much worse than in berlin or germany. But also because of the imaginative forms of protests and resistance, which developed in the frame of all the actions, which took place in a very short period of time. Perhaps the artists forums in this city can learn something from that.

When i was in bangalore in the spring of last year, to regard the local art-scene, i could make my own picture of this resistance and of Venkatappa-Art-Gallery. Therefore the spontaneous idea, to grant one of the new „nGbK-lectures“ one evening, to report about this work, which has not found an echo in our national public. „nGbK-lectures“ are an open format, which deals with current questions, discussions and controversies in art, science, politics, economy and history. the First „ngbk lecture“ took place in september 2016 about the topic of the state of the arts in turkey. Today we experience the second edition of this new series. Further lectures are in preparation.

I am very delighted, that we could win over two protagonists of the „movement“ for todays evening. I warmly welcome Suresk Kumar. He was one of the most important leaders of this artists-uproar of bangalore. As a visual artist and co-founder of diverse collective art-projects and as a Installations- und Performanceartits he has focussed on the social and ecological effects of processes of rapid urban developments.

Akshaya Krishnamoorthy, born in Chennai (Indien), lived for 5 years in bangalore. She is an artist, a sculpturer, studied in Bangalore. She participated in the VAG-forum und supported its activities and events. Right now she studies in prague to finish her training as an artist.

Last, but not least: Robin Detje, Actor , author, translator from Berlin. He is one part of the artists group „bösediva“. Robin Detje and his partner Elisa Duca participated in the residency-program last year of goethe-institut in bangalore. For some weeks he participated in the resistance and in the movement on-site and will add some remarks from a berlin-or european-perspective.

A very warm welcome to all of you three. Suresh will be the first speaker. Akshaya and Robin will follow with their statements. And we will have a open discussion also. The floor is yours. Above us you can a picture of venkatappa gallery to have a somewhat more lively imagination of the scenery and the object of diverse desires:

Uproar! Occupency! Resistance!
About the fight of the Arts against signs of privatization and rightwing populism